Making a Magnet by Stroking

Making a Magnet by Stroking

A nail is placed on a flat surface and is stroke repeatedly in the same direction with the North Pole of the magnet.

The pole is slide along the nail from end to the other and then lifted away from the nail in a large circle. It is returned to the starting end of the nail. A pin is brought close to the nail.

It is seen that the nail attracts the pin to itself.

This shows that the nail has now been magnetized because of the stroking by the bar magnet so it now shows magnetic influence on the pin.

Magnet can also be made by stroking with a bar magnet. 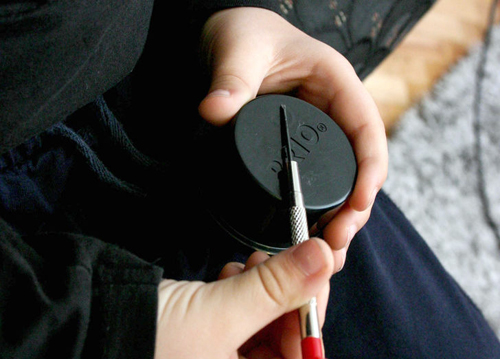